Businesses named and shamed for underpaying staff: are you up to speed with the minimum wage rules? 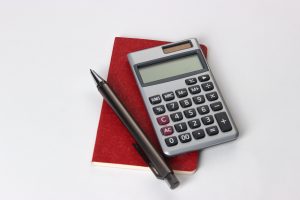 Last week, the Government named and shamed 191 businesses for breaking minimum wage law by underpaying their staff. An investigation by HMRC found that breaches of minimum wage rules between 2011 and 2018 had resulted in £2.1 million being owed to over 34,000 staff. The breaches, which also resulted in fines for the employers, related to unlawful deductions from pay, failing to pay for all hours worked (including overtime) and/or paying the wrong minimum wage rates.

Not only can your business be named and shamed for breaching minimum wage law, but it can also be fined by HMRC and required to pay back unpaid wages to affected staff.

To avoid your business getting into hot water, here’s a refresher of the rules:

The National Minimum Wage (NMW) and the National Living Wage (NLW) are both minimum hourly rates of pay that employers are legally required to pay their staff. The difference between the two is that the NLW is set at a higher rate and is only available to eligible staff aged 23 or over (see below).

2. What’s the difference between the National Minimum Wage and the real living wage or the London living wage?

Both the NMW and NLW are different to the real living wage or the London living wage, which are voluntary rates of pay set independently by the Living Wage Foundation. These rates are calculated according to the basic cost of living in the UK and are higher than both the NMW and NLW.

Paying the real living wage or London living wage to your staff is voluntary and there will be no legal repercussions if you fail to do so. Some businesses choose to pay these rates as doing so can have reputational benefits and help to increase staff motivation and retention rates.

Employees (whether full-time or part-time), casual workers, agency staff and apprentices are eligible for either the NMW or the NLW as follows:

The NMW is payable to eligible staff who are over the compulsory school age (ie the end of the last Friday in June in the academic year in which they turn 16) and under the age of 23.

The NLW is payable to eligible staff who are aged 23 or over.

Other staff (eg freelancers, volunteers or directors) are not entitled to the NMW or the NLW. See our Q&A on Different types of staff for further guidance about the rights of different members of staff.

The rate payable depends on the age of your staff member and/or if they are an apprentice. You can check the current rates on the Government’s website.

Bear in mind that these rates increase annually (typically in April).

5. Do I have to offer pay increases to staff on the National Minimum Wage or National Living Wage?

You’ll need to make sure that when the NMW and NLW increase (typically in April each year), that you increase your staff members’ pay in line with this. You must also increase their pay as they move through the NMW age bands, or when they reach the age of 23 and move to the NLW. You should confirm the change in a letter to your staff members; if they are an employee or casual worker you are legally required to confirm the change as soon as possible, and within a month. Use our template Letter to staff member confirming pay increase to do this.

Bear in mind that the rules for apprentices also vary according to both their age and which year of their apprenticeship they are in. You can check the current rates on the Government’s website.

6. Do tips paid to my staff count towards the National Minimum Wage or National Living Wage?

Tips and/or gratuities in any form, including mandatory or discretionary service charges, do not count towards the NMW or NLW.

For further guidance about how your business should deal with tips, see our Q&A on Staff pay.

7. How much should I pay my staff for overtime?

This will depend on what their contract says, or what you’ve agreed with them separately.

If their contract doesn’t require your staff to work overtime and there’s no right for them to be paid overtime that they voluntarily work, you will generally not have to pay them for that work, but you must make sure that their average pay for the hours that they do work (including overtime) does not drop below the NMW or NLW.

8. Can I deduct pay if it will take my staff member’s pay below the National Minimum Wage or National Living Wage?

Generally no; deductions from your staff member’s wages (eg to pay for their uniform) that will take their pay below the NMW or NLW are unlawful.

You can only deduct pay if it will take your staff member’s pay below the NMW or NLW in very limited circumstances, including if:

9. Do I need to keep records demonstrating that I have complied with the law?

You must keep accurate and sufficient records demonstrating that you have paid all eligible staff a rate at least equivalent to the NMW or NLW in each pay reference period. There’s no prescribed form for these records, so it’s likely your payroll information will be sufficient, but you must consider whether this is appropriate in your specific circumstances.

10. Can my staff request to see my National Minimum Wage or National Living Wage records?

Yes. If your staff member has reasonable grounds to believe that they are not being paid the NMW, they have the right to make a written request to access your records and make a copy of any part of them.

If you receive a request, you must produce the records within 14 days, unless your staff member agrees to a later date.