This International Equal Pay Day, make sure you’re not short-changing your staff 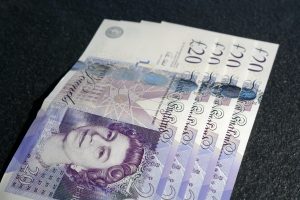 In 2019, the UN established International Equal Pay Day, which is now celebrated annually on 18 September. Its purpose? To encourage action towards reaching the goal of equal pay for work of equal value around the world. According to a report published by the World Economic Forum in 2020, women around the world cannot expect to receive gender parity in pay for 99.5 years, and here in the UK, women were on average paid approximately 83p for every £1 paid to men in 2019!

In the UK, businesses have responsibilities when it comes to both equal pay and the gender pay gap. As we approach this year’s International Equal Pay Day, we provide a refresher on the equal pay rules so you can ensure you’re not short-changing your staff. To find out more about the gender pay gap rules, see Staff pay.

In the UK, equal pay rules have been part of our legal make-up since the 1970 Equal Pay Act, and they are now enshrined in the Equality Act 2010. They say that women and men have the legal right to be paid equally for equal work.

If you don’t comply with the equal pay rules, you risk not only the potential expense of legal action and compensation claims from your staff, but also damage to your business’s reputation. Failure to comply could in turn affect internal morale, leading to the potential loss of talent from your workforce.

What is equal pay?

‘Equal pay’ refers to the fact that women and men have the legal right to be paid equally with a comparator of the opposite sex for equal work, unless the difference in pay can be justified.

In this context, ‘pay’ refers not only to your staff members’ wages, but also their benefits packages, including non-discretionary bonuses, performance-related benefits, company cars, sick pay, holiday pay etc.

What is equal work?

Men and women have the right to be paid equally for equal work, but this doesn’t mean the work they’re doing must be identical. ‘Equal work’ includes work which is either:

For example, because the roles involve similar tasks or require similar skills.

2. Rated as equivalent by a job evaluation scheme that your business has carried out

For example if you have a grading system for job roles, two roles in the same grade would be rated as equivalent.

3. Of equal value because it makes equal demands of your staff

For example the roles require a similar level of skill, training or decision-making even though the jobs are entirely different. For example, a member of staff who works in your canteen could carry out work of an equal value to an employee who works as a joiner on the factory floor. Whether or not the roles are of equal value will come down to the specific nature of the work in question.

Who is entitled to equal pay?

The rules apply to employees, casual workers and apprentices whether they are full-time, part-time, casual or temporary workers.

How do I make sure I’m complying with the equal pay rules?

You must make sure your staff are paid the same as other members of your staff (either current or former) of the opposite sex who are (or were) carrying out equal work to them.

You’ll need to bear this in mind at every stage of the employment relationship.

The Equality and Human Rights Commission recommends that SMEs carry out an equal pay review to identify any equal pay issues and take steps to resolve them.

To help you with this and to ensure that you can easily keep track of your staff members’ pay both now and in the future, it’s a good idea to make sure you operate a fair and transparent pay policy and that your systems are kept up-to-date.

Are there any exceptions to the rules?

The only exception to the equal pay rules is if you have a genuine, material factor other than sex to justify paying your staff members differently. For example, this could be because the male comparator is more qualified than the women and it’s difficult to hire individuals with his particular skills, or because he works in London where the cost of living is higher, whilst the woman works at a location outside London.