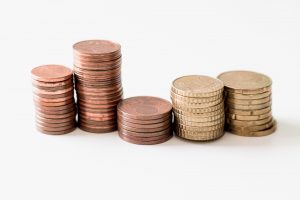 Last week, Newswatch presenter Samira Ahmed won her equal pay case against the BBC, potentially leaving the BBC with a bill for hundreds of thousands of pounds in backpay. Ahmed successfully argued that her work is of equal value to Points of View presenter Jeremy Vine, who is paid significantly more than her.

So what exactly is ‘equal pay’ and when are your staff entitled to it? To help your business avoid being exposed to potential staff grievances, reputational damage or even employment tribunal claims for compensation or backpay, we’ve answered these, and other FAQs, below.

What is equal pay?

‘Equal pay’ refers to the fact that women and men have the legal right to be paid equally for equal work.

Which of my staff are entitled to equal pay?

All of your staff are entitled to equal pay, unless they are self-employed freelancers.

How do the equal pay rules work in practice?

Your staff must be paid the same as other members of your staff (either current or former) of the opposite gender who are (or were) carrying out equal work to them.

What is equal work?

‘Equal work’ doesn’t mean that your staff must be doing identical work, but it must be work which is either:

Are there any exceptions to the equal pay rules?

The only exception to the equal pay rules is if you have a genuine, material factor other than gender to justify paying your staff members differently. This could be because the male comparator is more qualified than the woman and it’s difficult to hire individuals with his particular skills, or because he works in London where the cost of living is higher, whilst the woman works at a location outside London.

Sparqa Legal has detailed guidance about paying your staff, including what to consider when you are making job offers and how to operate staff bonus schemes fairly. If one of your staff members raises a grievance relating to equal pay, we’ve got guidance to help you handle the process properly.

"Back to work"? Assessing the risks for businesses of re-opening "COVID-Secure" premises
Future Fund 'matched investment' - double your money?
Legal news flash: Does your website comply with the Children's Code? 👶🔒👍